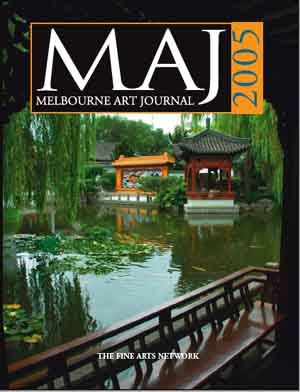 Chapter 2: Christopher R. Marshall – ‘The Spirit of Caesar in this Soul of a Woman’: Artemisia Gentileschi and the Will to Succeed, 1629–1654

This article considers the revisions, experimentations and other marketing strategies evolved by Artemisia Gentileschi in the course of her long and productive Neapolitan career (c. 1629–1654). In the end, Naples offered a fruitful base for her operations, but her life there turned out to be more challenging than she had envisaged. Viewed in this light, a recently discovered half-length version of Cleopatra is a fascinating but ultimately failed experiment in translating her previously established picture types into a new format and treatment that was more in keeping with the perceived tastes of her Neapolitan patrons. Gentileschi had to build new client networks and support bases, including collaborations with more junior specialists such as Onofrio Palumbo who emerges as a particularly important late collaborator on the basis of recently discovered documents. It is argued that Gentileschi’s Neapolitan paintings need to be viewed as attempts on her part to tailor the content, treatment and style of her work to different modes of response. Central to this argument is a late version of Tarquin and Lucretia (Neues Palais, Potsdam) which has been critically disparaged but which can better be read as a commentary on the patronage traditions of the painting’s intended recipient.

A folio of highly finished pencil drawings of the Victorian goldfields in the Dixson Galleries of the State Library of New South Wales is generally attributed to Eugen von Guérard (1811–1901; in Australia 1852–1882). This paper examines the probable authorship of these works, and argues that there is overwhelming evidence that the drawings are in fact not by von Guérard, but by Edward La Trobe Bateman (1816–1897; in Australia 1852–1869), and that they were originally intended to illustrate books by the English author, William Howitt (1792–1879).

Chapter 4: Francis Ebury – The Trail of the Title: Image and Text in Australian Pictorialist Photography

The association of photographs and text seems so natural today that it is taken for granted. It was not always so. In the 1930s it was Walter Benjamin who first articulated the theoretical issues involved, realising that ‘the caption’ might become the most important part of the photograph. He was followed then by the theories of Roland Barthes, and by Nancy Newhall who wrote in the 1950s about the ‘new photography-writing’. This paper argues that there had already been a much older ‘photography-writing’ practised by Pictorialists whose movement began in the 1890s and flourished in the early twentieth century. It explores how these early photographers associated images with titles and captions in a thoroughly contemporary way.

Chapter 5: Irena Zdanowicz – Painting from the Inside Out: Fred Williams’ Travels and His Relationship to the European Tradition

The art of Australian landscape painter Fred Williams (1927–1982) was rooted as much in the tradition of European painting as in the Australian one. This article examines Williams’ relationship to the tradition of Western art, especially as it is revealed in the diaries he kept while travelling abroad. It evaluates his responses to the works of specific painters and also identifies and discusses a range of influences that Williams absorbed.

This article is a comparative analysis of three Chinese gardens in Australia, the Garden of Friendship at Darling Harbour, Sydney, the Yiyuan (Garden of Joy) in Bendigo, Victoria, and the Tianjin Garden at Parliament Station, Melbourne, in relation to the different, traditional Chinese garden styles that they reproduce or from which they derive: the scholar garden, the Imperial garden and the miniature or reduced-scale garden. Their success as modern-day instances of these styles is judged in terms of the extent to which they can be seen as authentic diasporic instances of these styles, creatively adapting the conventions of the styles to the requirements of specific sites and circumstances, rather than as educational theme-park simulacra of gardens in China itself, and the civilisation these embody. With the Garden of Friendship in particular the essay stresses the role of Australian expertise and materials in achieving such creative adaptation. In pursuing its comparisons the article addresses the distinction between gardens and theme-parks, re-asserting the validity of the distinction against its questioning in recent academic writing.

Art history’s history in Melbourne began with the appointment of Joseph Burke (1913–1992) to the Herald Chair of Fine Arts in 1946. Burke made a number of remarkable appointments with Ursula Hoff, Franz Phillip and Bernard Smith to create the seminal department of art history in Australia. Burke’s real field of expertise was in the English eighteenth century. Like many intellectuals of the diaspora, he transposed his scholarship to a different society. This article is based on Burke’s correspondence with Daryl Lindsay and Kenneth Clark. Burke’s support for Australian artists is analysed, notably Hugh Ramsay, Russell Drysdale and Sidney Nolan.

Hitler’s accession to power in 1933 resulted in a major diaspora of Central European intellectuals, whose relocation to Western countries, including Australia, resulted in major intellectual and cultural developments in their host societies. This article examines the position of Ursula Hoff (1909–2005), an exiled German scholar who arrived in Australia by way of London in 1939 and became the first art historian with a doctorate to work within an Australian state gallery as well as lecturing in the Department of Fine Arts at the University of Melbourne.

During her time as London adviser to the Felton Bequest (1975–1984), Ursula Hoff kept detailed diaries. While they offer a rich resource on the acquisitions made by the Bequest, they range far more widely, detailing her responses to everything from music and food, to questions of identity, both personal and national. This article explores some possible links between events in her formative years and attitudes expressed in this much later period.

This article explores the tenacity of the traditions of the Vienna School of art history when they were transplanted to countries outside Europe following the Nazi takeover of Austria and the outbreak of World War II. Melbourne became a beneficiary of this school’s approach when Franz Philipp, a refugee on the Dunera, helped to shape the development of art history at the University of Melbourne by introducing investigative tools, methods, ways of seeing and modes of criticism acquired through his studies with Julius von Schlosser. The article concludes with an examination of the significance of the Vienna School for art history in Australia today.

Chapter 11: Art History Theses at Universities in Melbourne Completed in 2003–2005