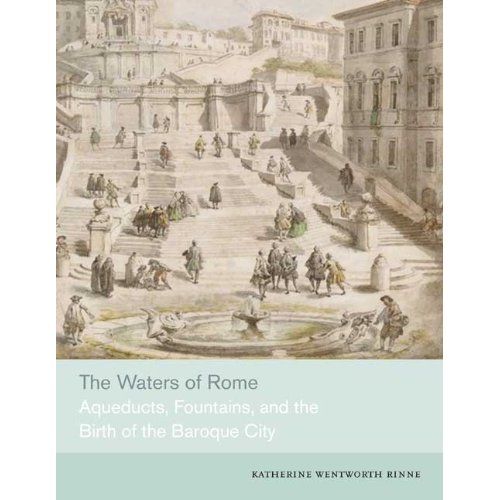 Katherine Wentworth Rinne, ‘The Waters of Rome: Aqueducts, Fountains, and the Birth of the Baroque City’, 2010

Katherine Wentworth Rinne, The Waters of Rome: Aqueducts, Fountains, and the Birth of the Baroque City

Katherine Wentworth Rinne’s recent book on the fountains of Rome is premised on a simple but, as it turns out, pressing question: how much do we really know about the fountains of Rome? Since her work, the answer must surely now be ‘considerably more’ but, as her work has clearly demonstrated, these most familiar of public monuments, peppered throughout the city, have remained ill understood in their topographic and urbanistic contexts. The fruit of the author’s four-month-long walk around Rome and an academic background in architecture and urban design, this book makes an important contribution to our understand of the city of Rome and the ways in which its links to the hydrological cycle have shaped its history.

Working from the general to the specific, Rinne’s book commences with the Tiber River itself. In Chapter 1, Rinne focuses on the disastrous inundations of the Tiber, particularly the devastating 1557 flood that destroyed the Ponte Santa Maria, creating the picturesque Ponte Rotto in the process; a very telling photograph on page 68 shows how these floods affected different areas of the city. Rinne charts the various uses of the Tiber in the late Antique and early modern periods: drain, grave (including poor Pope Formosus), sewer, treasure trove (innumerable statues and Classical fragments—including a whole triumphal arch—were discovered in it), source of power for mills, dumping ground for industrial waste, laundry trough, bath and—even—source of drinking water. Rinne paints a vivid picture of a river in use at all levels of life and the profound connection the city had with the river, obliterated in the Tiber Embankment project.

Chapters 2 to 6 deal with the restoration in the sixteenth and seventeenth centuries of the Acqua Vergine, Acqua Felice and Acqua Paola through the reigns of Pius V, Gregory XIII, Sixtus V and Paul V.

In Chapter 2, Rinne reminds us that although the immediate context for the restoration of the Acqua Vergine was the renovatio Romæ undertaken after the conclusion of the Great Schism, the plan to restore proper non-Tiber water supply proceeded by fits and starts until the energetic Pius V constituted a specific committee for the oversight of roads, bridges and fountains. The foundation of this committee marked another milestone in papal attempts to wrest administration of Rome away from civic authorities and in the process enhance papal prestige, a major theme of Rinne’s book.

Chapter 3 contains an excellent, lucid explanation of the mechanics of delivering water to the city by aqueduct and fountain, following the rollout of Giacomo della Porta’s water distribution plan. Rinne notes here and elsewhere that who got water in the city was partly a function of proximity to the lines of water delivery, partly a matter of social status and politics and partly a question of one’s religious affiliation (Jews were particularly marginalised in the water distribution plan).

In Chapter 4, Rinne offers a fascinating short history of the fountain as built form as a way to contextualise the particular achievement of Giacomo della Porta. The problems presented by the limitations of gravity-fed water sources for fountain design form a particular feature. Rinne makes important points about della Porta’s migration away from ‘purely’ functional basin shapes for fountains towards forms that respond to the water contained within them, as the fountain originally located in the piazza Giudea in particular did; I find her linking this to the design of the dome of Borromini’s S. Ivo somewhat tenuous.

Chapter 5 sets the scene for the construction of the Acqua Felice, intended to irrigate the elevated areas of Rome and the disabitato. As Rinne explains, the Acqua Felice played a key role in the development of the intra-mural villa, as it allowed the irrigation of large gardens; consequently, access to it, virtually guaranteed by being a client of its patrons Sixtus V, became a thing of political moment (this is also taken up in Chapter 8).

Chapter 6 charts the fevered construction of the Acqua Felice under Sixtus V and the activities of Paul V to bring the waters of the Acqua Flora to Rome to address the needs of the Vatican and Janiculum.

Chapter 7 leads us away from the from the impressive public fountain towards those fountains and fountain users further down the ‘hierarchy of water’: the beveratori for animals, fontane pubbliche, fontane semi-pubbliche, lavatoi for laundry and purgatoi for the wool trade. Rinne’s discusson of the last two types is particularly interesting, showing the popes’ interest in developing the fledgling industrial infrastructure of the city. The fact that public laundries were situated in the disabitato at S. Susanna also highlights how safeguarding the morals of washerwomen was a priority in the minds of the popes.

Chapter 9 looks at the substreet infrastructure—the drains and sewers carrying water away from fountains for other uses—and the development in the road types above them, used to protect them.

It is only in the epilogue that we get a sustained treatment of what for many is the zenith of the fountain, the constructions of Bernini. Rinne’s work in Chapter 4 lays the ground well for this discussion, as she shows here how Baroque scenography radically changed the conception of the fountain. I found the brevity of this section, and the scant attention paid to the eighteenth and nineteenth centuries (the former the century of the Trevi Fountain and the fountain of piazza della Bocca della Verità, one of the major urban projects of Clement XI) unbalanced. Similarly, although the focus of this book—and a worthy one, at that—is the fountain in its urban context, the relatively little attention paid to the fountain as an architectonic or artistic form will concern those of us used to reading these objects in that way. Nonetheless, handsomely and lavishly illustrated, and with a written style that manages to create excitement out of the minutiæ of drain diameters, this is a book that will change the way we see the fountains of Rome.

Buy this book via the Melbourne Art Network Amazon store to help support our website. 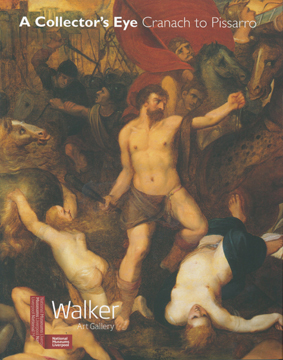 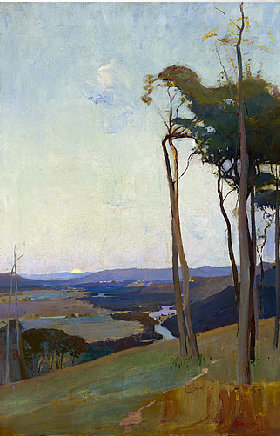 Exhibition Review | Sydney Long: The Spirit of the Land. Reviewed by Caroline Jordan.

1 thought on “Review | Katherine Wentworth Rinne, ‘The Waters of Rome: Aqueducts, Fountains, and the Birth of the Baroque City’. Reviewed by John Weretka”