From La Trobe University to the British Museum, and the slashing of Art History and the Humanities in Australia

Over the past months I have closely followed news of the proposed closure of the Art History programme at La Trobe University. It has given me cause to reflect on the history of the department—now a major associated with History, following an earlier downsizing—the scholars who have taught there, past and present, the many students who have passed though its doors and the many contributions they have made. These and similar cuts proposed or already executed to the humanities in other tertiary institutions in Australia will result in a country that is significantly poorer, culturally speaking, and these actions will be difficult to rectify in the future.

I return to Australia on a regular basis from my position as Senior Curator in the Department of Prints and Drawings at the British Museum, and with each visit I am struck by how affluent the country has become and how high is the general standard of living. This is very different from the rest of the world. I am unable to understand why, with immense wealth accrued mainly through exploiting natural resources and a buoyant economy, cuts to humanities and arts education are regarded as being necessary at all. Because education is a building block of society, in times of plenty wise governments invest in strong foundations rather than breaking them up. What will happen to education in Australia when times get tough?

Questioning the relevance of art history is something I have often heard voiced in Australia, but I do not hear it here. I have never been able to understand why theories of relativity or detecting a solar system millions of light years away is regarded as being worthy of investment while the art and humanities are not. Australian perceptions of cultural value seem to be strangely skewed. Besides, on a strictly material plane the contribution of the arts to national wealth is beyond question and easily demonstrated. Arts and humanities graduates do very well professionally, and their skills are varied and flexible.

The exhibitions in the Department of Prints and Drawings where I work often attract over 200,000 visitors, while the British Museum as a whole receives around 6 million visitors a year. Our visitor numbers may be exceptional, but they speak of the ongoing relevance of art and culture, and demonstrate how museums and their allied institutions, including universities, are a key element in the broader financial matrix. Visitors come, spend money, and most importantly hopefully are enriched by their experience. Visiting the National Gallery of Victoria when I was a teenager filled me with awe and excitement that gave me a sense of purpose and drive that has remained undiminished to this day. That made me want to have a career as an art historian, and the La Trobe department made it possible.

The exhibition that I have been working on for the past few years had its origins in my art history studies at La Trobe when I was an undergraduate in the 1980s. It is called Renaissance to Goya: Prints and Drawings from Spain and opens at the British Museum on 20 September. A different version will open in March 2013 at the Museo del Prado in Madrid, and the entire show will then travel to The Art Gallery of New South Wales later in 2013. I am very much looking forward to its run in Australia because it allows me to give something back to a country that gave me a free education. Coming from a family of limited means, La Trobe provided me the chance to study what I wanted and I would not be in the privileged position in which I now find myself were it not for those opportunities. Before moving to London I worked at the Getty Museum in Los Angeles where one Sunday I gave Gough Whitlam a tour of the collections and the grounds. I remembered at lunch to thank him for making it possible for me to work there.

I wish those making the decisions to slash and burn humanities and arts education would exercise greater imagination and look beyond obvious short term gain (if indeed this can demonstrated, which I understand is not the case with Art History at La Trobe) to work instead with their excellent existing staff to work out how to take disciplines like art history into the future. Change is inevitable, and it cannot be assumed those trying to save programmes are against change; indeed, from what I have seen Art History at La Trobe and in Australia generally has embraced innovation more quickly and more imaginatively than most disciplines. The growth area of Heritage and Arts tourism is one area to which those from art history backgrounds have made significant contributions while demonstrating flexibility well beyond the confines of the academy.

Once programmes are cut it will be almost impossible to get them back. Australia’s chance is now, and management at La Trobe needs to make strategic and wise decisions to ensure the continuation of programmes like Art History. In a recent newspaper interview Leszek Borysiewicz—physician, immunologist and Vice-Chancellor of Cambridge University—spoke of how the arts and humanities enormously enrich people’s lives. ‘Medical science can make us live to 90’, he observed, ‘but if you haven’t got the arts and humanities what’s the point of living that long?’

Dr Mark McDonald is Senior Curator in the Department of Prints and Drawings at The British Museum, London. He is a specialist Old Master prints from the fifteenth through the eighteenth century with special interest in the Renaissance period and in Spanish prints and drawings. Among his many publications is the monumental The Print Collection of Ferdinand Columbus (1488-1539) (2004) which was awarded the Mitchell Prize for Art History and the Eleanor Tufts Award for Hispanic studies. Mark did his BA and MA degrees in Art History at La Trobe University (the latter was supervised by Dr Frank Heckes) and his PhD at Melbourne University (supervised by La Trobe Art History PhD David R. Marshall). He then went to the Getty Museum and the British Museum)

Remember to sign the petition protesting the cuts here.

You can also write to the Vice Chancellor, Prof. John Dewar, J.Dewar@latrobe.edu.au expressing your concern at the withdrawal of Art History, as a matter or urgency. Copy your email to Executive Dean Prof. Tim Murray T.Murray@latrobe.edu.au and Head of School, Prof. Chris Mackie C.Mackie@latrobe.edu.au 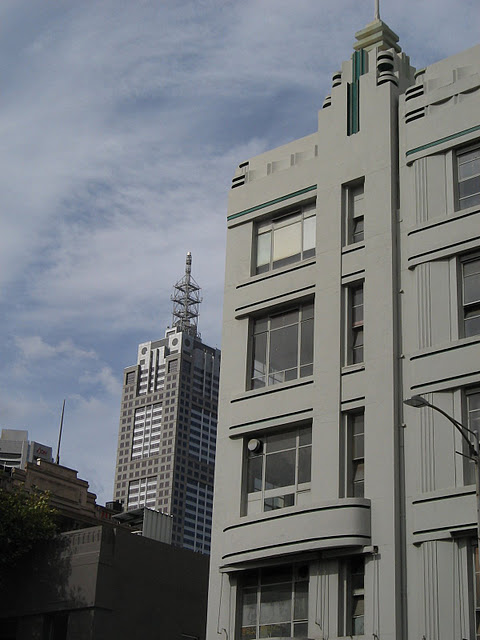 Save Art History at La Trobe! Sign the petition.

1 thought on “Opinion | Mark McDonald: From La Trobe University to the British Museum, and the slashing of Art History and the Humanities in Australia”