LISA RADFORD completed a Bachelor of Fine Art (Painting), Victorian College of the Arts in 1999 and is a current PhD Candidate at Monash University. From 2011-2014 she was a member of un Magazine’s Editorial Committee and Next Wave’s Kickstart Advisory Board. She has also served as a Board Member of Melbourne artist-run initiative TCB art inc (2000-2014) and was a participant in the collaborative art group DAMP (1999- 2010).

She currently lectures in the Painting Department at the Victorian College of the Arts. She has exhibited nationally and internationally since 1998. Recent selected exhibitions include: Approx. Geez Louise, Sutton Projects, Melbourne, 2015; The Museum is the Region, the Region is the Museum, curated by Dany Lacy, Liang Luscombe and Patrice Sharkey, a West Space project presented at The Living Museum of the West, Maribrynong, 2014; Melbourne Now, National Gallery of Victoria, Melbourne, 2013; and Test Pattern, University of Sydney Art Gallery, 2012.

In 2014 Radford curated Dear Masato, All at Once, Margaret Lawrence Gallery, Victorian College of the Arts, Melbourne. In 2015 she participated in The 3rd Ural Industrial Biennal of Contemporary Art, Ekaterinburg, Russia as part of Footnotes — a collaborative project with artist Liang Luscombe and 3-Ply publishing (Fayen d’Evie).

Radford authored a collection of Melbourne music flyers titled Hi God People: Melbourne Music Flyers from the Late 70s to Last Week in 2007, and in 2012 was editor of un Magazine 6.1 and 6.2.

Symposium: The Lighter Side of the Middle Ages (ANU) 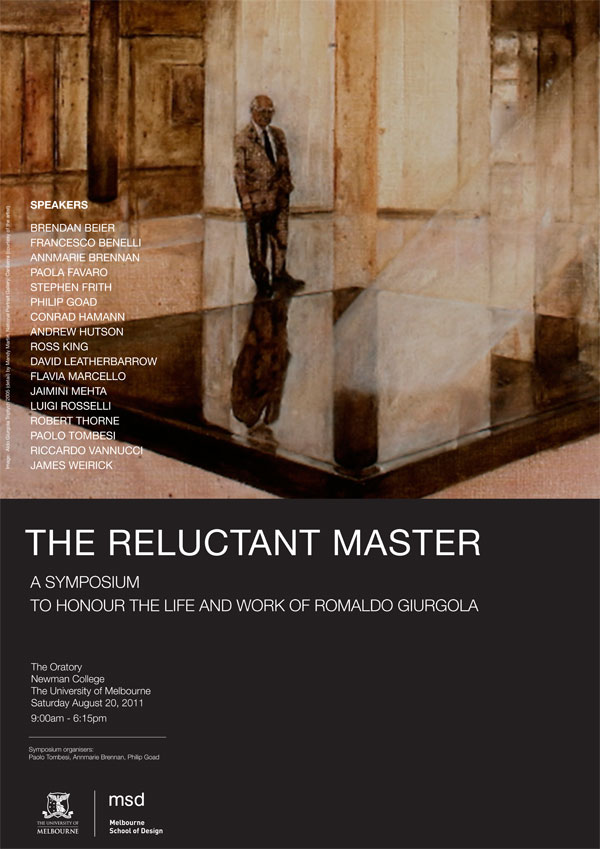 The Reluctant Master: A symposium to honour the life and work of Romaldo Giurgola