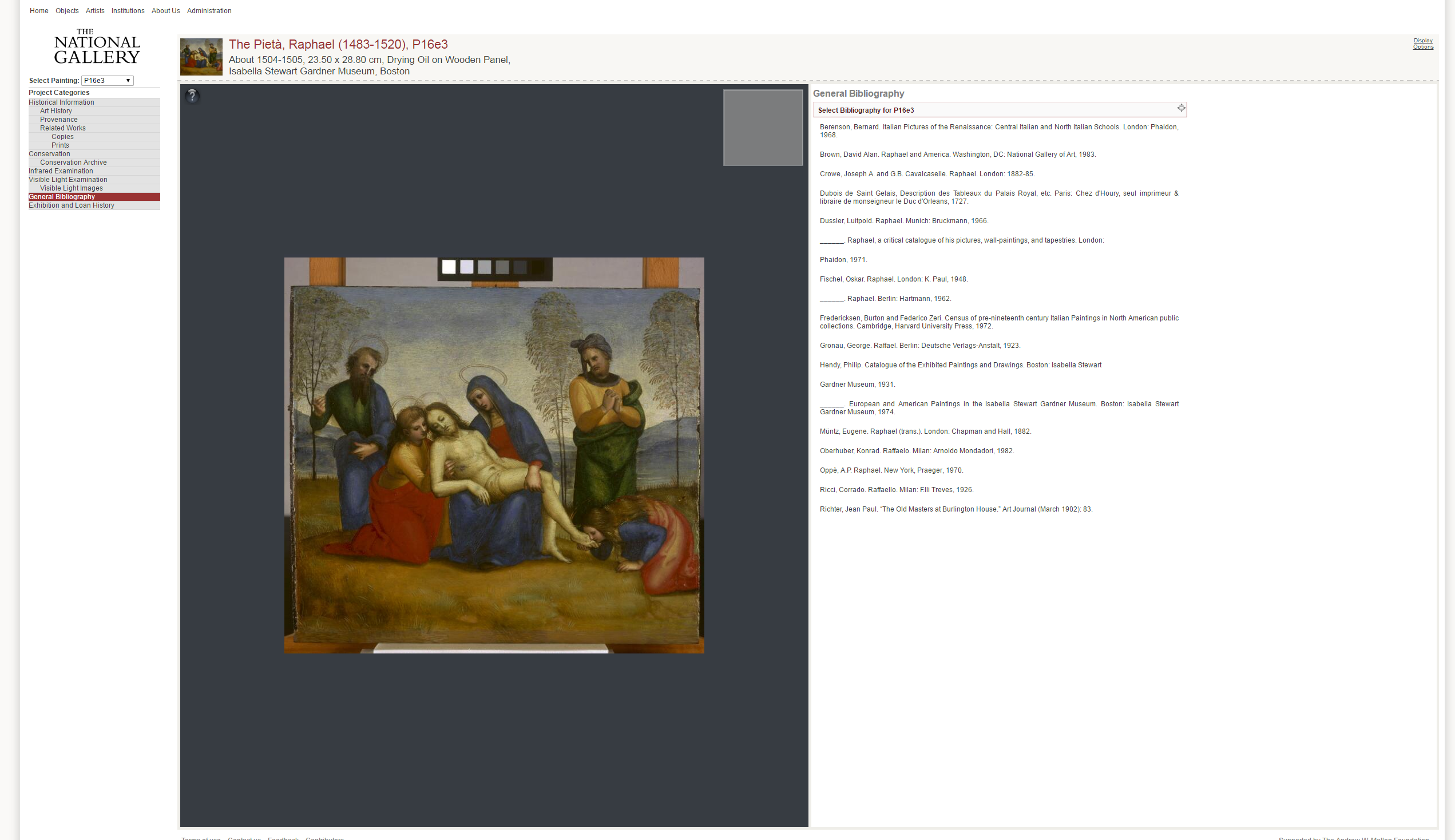 Screenshot of the Raphael Prohect

The Raphael Research Resource is an online resource produced by the National Gallery in London with the support of the Andrew W. Mellon Foundation. The resource is described as ‘bringing together art-historical, technical and conservation-based information and creating a platform which could eventually host Raphael’s complete œuvre in unprecedented depth.’ Websites like this are surely the way forward in terms of presenting the oeuvre of an artist, not necessarily to entirely replace catalogue raisonné (but perhaps they will in some cases), but to draw together a network of digitised images, archival research, technical research and so on from different institutions, which is beyond the scope of a traditional printed works.

It is also great to see cultural institutions making available not only high quality digitised images, but the range of other information they hold that is often only available internally, or to scholars. Many of the records for indivdiual paintings in thisresource include information on provenance, a general bibliography, exhibition history, scanned technical reports, images of copies and prints made after the original painting and links to further information

Initially I found the interface a little clunky (i.e. you have to select a picture and then click ‘explore documentation’ to see it in detail, which isn’t particularly intuitive) and some of the way that you are meant to navigate between resources is unclear, but after 15 minutes or so of exploration the organisation of the website made sense more-or-less. For the four or so images I look at closely you couldn’t zoom in to great detail (compared to the detail available for images in online collections like the Rijksmuseum); the maximum zoom seemed to be about the size of the actual image. But, overall it looks useful and it is still in ‘beta’ mode so some of these small annoyances are likely to be improved or changed as the project develops. The site itself has been set up so that similar resources on other artists can be added. It is good to see major galleries developing resources like this as they have so much to share in their archives, as well as the ability to draw on experts from their curatorial and conservation departments, and, of course, access to the works themselves. Detailed and in depth information about works in cultural collections should be made widely available where possible, not only are resources like this useful for art historians and other researchers, they also present the rich, detailed history and information attached to a single work of art, something which is often missing from the online collections of galleries and museums. 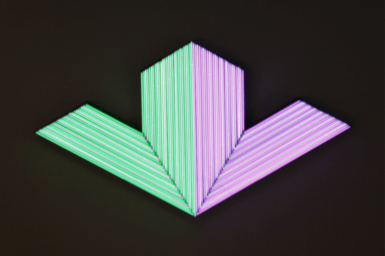