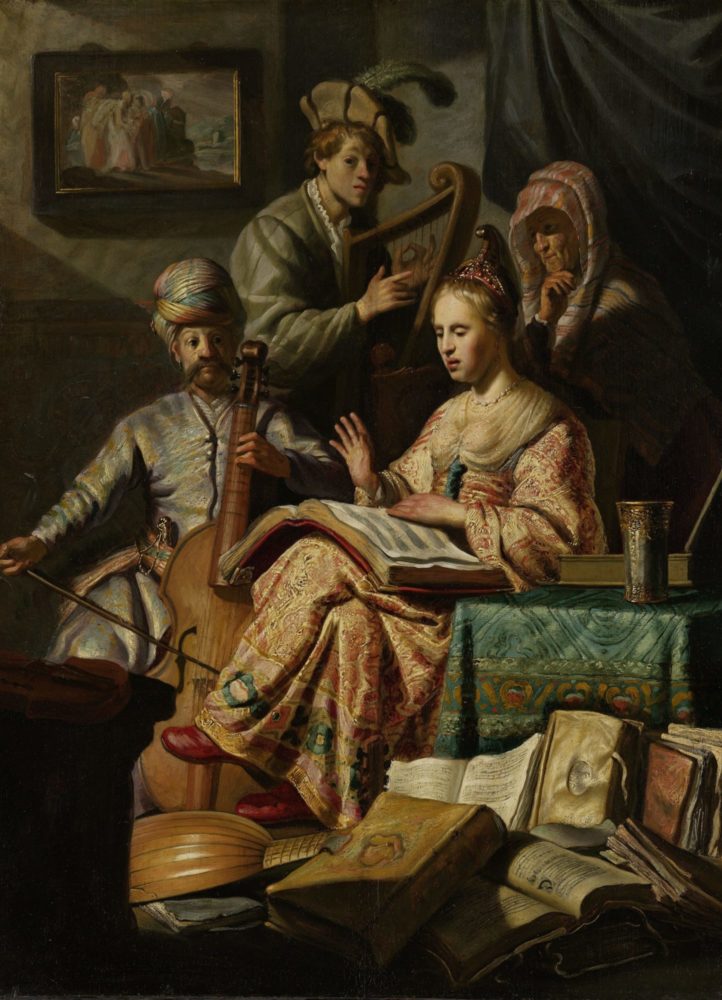 UPDATE from the Uniersity of Tasmania “We wish to advise that due to circumstances beyond our control, Prof. Antonio Baldassarre is unable to join us to present his scheduled public lectures at the University of Tasmania. We are currently in negotiations with Prof. Baldassarre for the public lectures to be presented at a later date. We will advise details once known.”

The University of Tasmania Conservatorium of Music, in association with the Tasmanian Chapter of the Musicological Society of Australia, presents a series of free lectures by visiting scholar Professor Antonio Baldassarre exploring the interconnections between art and music from the seventeenth to the twentieth century.

Antonio Baldassarre is Professor and Head of Research and Development of Lucerne University of Applied Sciences and Arts, School of Music, and is appointed Guest Professor at the Facultad de Música of the Universidad Nacional Autónoma de México and PhD Advisor at Boston University. He is a board member of numerous national and international scientific and learned societies, including his role as President of Association Répertoire International d’Iconographie Musicale (RIdIM) and as Member of the Directorium of the International Musicological Society. He holds a PhD from the University of Zurich (Switzerland) and has held research and teaching positions as Research Fellow, Lecturer and Visiting Professor at the Research Center for Music Iconography, the universities of Basel and Zurich, the Faculty of Music of the University of Arts in Belgrade, and at the University of Music and Performing Arts Vienna. He has extensively researched and published on topics of music history from those of the Renaissance to contemporary music, music iconography, visual culture, performing studies, music historiography and the social and cultural history of music.

Dance and music, as two of the most expressive signifiers of femininity in the European history of ideas, are crucial to understanding the narrative structure of the story of the beheading of John the Baptist as told in the Gospel of Mark (Mark 6:14-29). This narrative unfolds as a parable with a strong Oriental-Hellenic flavour. Its core context is the challenge to the male worldly order by the female. This lecture explores the multiple and intricate transformations the story underwent in European culture, with a special emphasis on nineteenth-century Salomania, and the function of dance and music within this process. All these transformations first and foremost are variations of the male imago of an Oriental-Jewish woman who threatens the male order of life with her dancing, and thus amalgamates the outwardly contradictory elements of “dance”, “music” and “violence.” This complex interplay was essential for the fascination that Salome exposed in nineteenth-century visual culture, and which eventually made her the epitome of the femme fatale, desired and vilified simultaneously. The lecture will explore the proposition that both the nineteenth-century fascination for Salome, and the concept of Salome as femme fatale, are closely but not exclusively linked to nineteenth-century Orientalism, taking into account that Salome is a cultural product and daughter of her many fathers’ imaginations.

Who are Shakespeare, Mozart and Van Gogh?The Revival of Biographical Research: Methods, Traditions and Challenges

Biography is a very popular, yet extremely controversial, genre of scholarly research. In his critical review of Maynard Solomon’s seminal study Beethoven (New York: Schirmer Books, 1977), Siegmund Levarie claimed that “in relation to the essence of a work of art, historic as well as psychological data are irrelevant.” (Biography of A Composer. American Imago, 36(4), 1979, 325), and René Wellek and Austin Warren even went so far as to maintain that “no biographical evidence can change or influence critical evaluation.” (Theory of Literature. New York: Harcourt, 1956, 68). Such and similar statements are more than just an expression of a basically different methodological perspective. Rather, they voice a general mistrust in any biographical venture. The representatives of an “anti-biographical approach” stick to the conviction that the aesthetic judgement is the leading force in adequately understanding both the essence of a work of art, and the artist’s artistic achievements. Within such a paradigm, the life of an author, composer or artist seems to be marginal and not essential. The hegemony of such an approach is paradigmatically evidenced in the fact that biographical considerations have been largely ignored in serious scholarship for quite a long period. Only recently, and significantly influenced by the introduction of postmodern theoretical and epistemological models, questions related to scientific biographical research have once more attracted increased interest. It is no exaggeration to claim that biography is currently enjoying something of a renaissance in the humanities, and a particular focus is put on methodological aspects such as, for instance, the questions as to what extent biographical information may shape analytical and aesthetic judgements, and how biographical narration has to be designed to meet current scientific criteria and requirements without falling back into methodological principles as were characteristic in nineteenth-century monumental biographies. Against this background, the lecture will provide a brief historical overview of biographical narration and research, address core characteristics of current biographical research (such as referentiality, narrativity, fictionality, and facticity), explore the most common forms of biography (literary biography, scientific biography, fictional biography, intermedial biography) and, finally, present a selection of current trends in biographical research.

It is well known that the introduction of the theoretical concept of “Orientalism” is credited to Edward Said. Despite the criticism his study Orientalism (published in 1978) received in subsequent years his achievements raised a new awareness of the rather twisted imagined Western concept of the East and the mechanism of its fabrication. However, a too-generalized application of Said’s theory is problematic insofar as his interpretations and conclusions are based on instances of the Western European industrial age. In addition Said’s study also leaves out thorough analysis of the participation of the arts in these processes. Last but not least, recent research dealing with Renaissance and Baroque visual imaginary on Turk and Islamic culture clearly reveals that before the mid-eighteenth century conditions had been significantly different such that Said’s interpretative method can only be applied cautiously or not at all after the time of its formulation. The present paper provides an interpretation of an early painting by Rembrandt, generally known as Musical Allegory (preserved at the Rijksmuseum in Amsterdam today). The canvas was completed in 1626 and depicts four people gathered for a musical performance. The most striking feature of the painting is, however, the clearly perceptible references to the “Orient”. Based on an analysis that moves beyond mere stylistic and formal considerations and understands the visual object as embodying a more-than-visual-meaning, the paper will present a case study of early seventeenth-century “Dutch Orientalism”, challenging well established notions and convictions.

Schoenberg and Kandinsky:Reconsidering a Special Friendship

The catalyst for the friendship between Arnold Schoenberg (1874-1951) and Wassily Kandinsky (1966-1944) was a concert that took place in Munich on 2 January 1911, by which Kandinsky was exposed to the music of Schoenberg for the first time. One can easily adumbrate the inspiration the concert gave to Kandinsky based on the enthusiastic letter he wrote to Schoenberg some days later (18 January 1911), claiming that his and Schoenberg’s “efforts … and the entire way of thinking and feeling” have “a great deal in common.” Schoenberg was very supportive of such an assessment, as is evidenced by his reassuring reply of 24 January 1911. Kandinsky’s initial response to the concert was, however, not the letter to Schoenberg, but rather two charcoal sketches in which he visualised his impressions of this concert. These two sketches are very informative because they elucidate the process of visual abstraction realised in his later canvas Impression III––a process that essentially is based on Kandinsky’s creative principle of “inner necessity” that seemed to be relevant also to Schoenberg during this period. His compositions (in particular the second string quartet op. 10, the three piano pieces op. 11, Die glückliche Hand op. 18, and Herzgewächse op. 20) as well as his collaboration in Der Blaue Reiter, clearly prove such a connection. In general, as the lecture will discuss, the aesthetic principles of the two artists suggest a correspondence of perspective that provides an illuminating focus for a closer examination of their friendship and artistic output. Kandinsky’s and Schoenberg’s oeuvres of the years around 1910, as well as the letters they exchanged, are striking evidence that the principle of “inner necessity” is not so much the result of any possible expressionist endeavour, as the consequence of changes in artistic techniques. Thus, even the later estrangement between the two artists can be interpreted in a new way taking into account the political transformation that significantly effected the dissolution of the conditions specific to and determining the constellation of the network of relations between Kandinsky and Schoenberg.

This lecture includes a two-piano performance by Michael Kieran Harvey and Arabella Teniswood-Harvey. 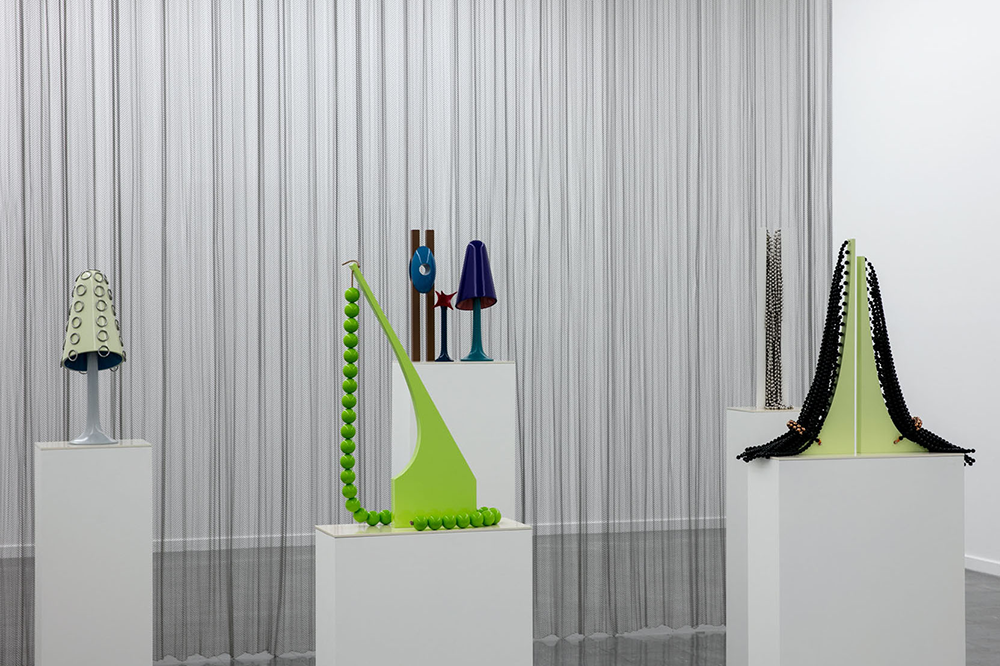 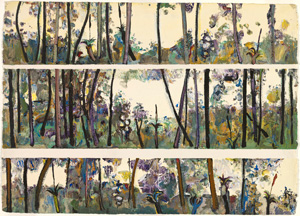