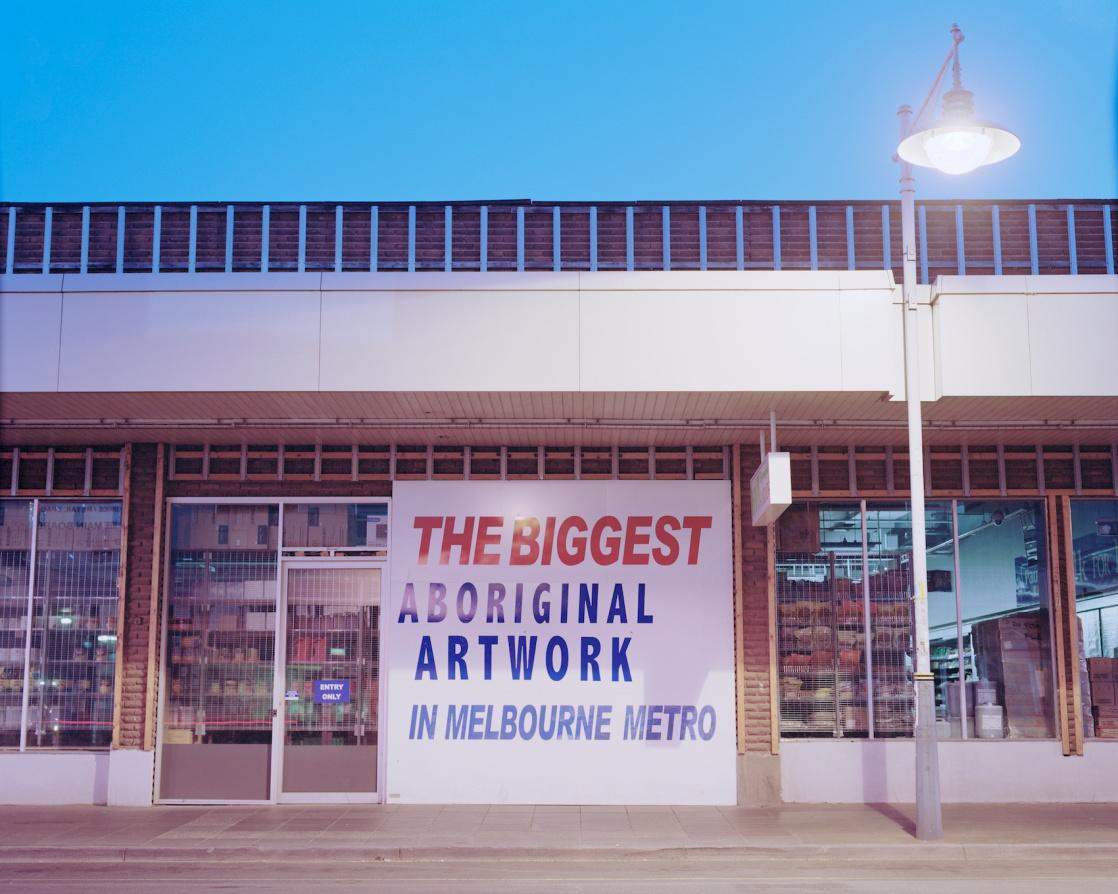 Last week the City of Melbourne announced the artists who will participate in the inaugural Public Art Melbourne Biennial Lab: What happens now? at Queen Victoria Market.

The selected artists are: Hiromi Tango; Jessie Bullivant; Kiron Robinson; Steven Rhall; Willurai Kirkbright; Sanné Mestrom and Jamie Hall from The Mechanic’s Institute; Isobel Knowles and Van Sowerwine; Jason Maling and Martyn Coutts from Field Theory; Will Foster from A Centre for Everything and Timothy Moore from SIBLING.

From the City of Melbourne:

More than 150 artists from around Australia applied to take part in the Public Art Melbourne Biennial Lab: an experimental temporary art project run by the City of Melbourne which will result in major new public art installations at the Queen Victoria Market (QVM), coinciding with the Melbourne Festival in October.

Lord Mayor Robert Doyle said the presence of the artists and the subsequent commissions would attract more visitors to the market and add to its unique character.

“Melbourne has a long and proud history of fostering artistic talent and I’m pleased that the Public Art Melbourne Biennial Lab will be based at such a significant site as QVM,” the Lord Mayor said.

“Under the guidance of some of the world’s most renowned arts experts, these artists will create works that provoke thought and discussion around 21st century public art,” Councillor Leppert said.

Claire Doherty outlined her principles of public art in a provocative manifesto, New Rules for Public Art, published in 2013.

“Believe in the quiet, unexpected encounter as much as the magic of the mass spectacle.  It’s often in the silence of a solitary moment, or in a shared moment of recognition, rather than the exhilaration of whizzes and bangs, that transformation occurs,” wrote Ms Doherty.

Claire Doherty will lead a conversation about extraordinary encounters in public spaces, including commissioning public art works, working with artists and major projects, at the Wheeler Centre in Melbourne on Tuesday 14 June. This event is presented by the City of Melbourne in partnership with the Wheeler Centre and Department of Foreign Affairs and Trade.

Natalie King Chief Curator, Biennial Lab
​Natalie King is Chief Curator of the Biennial Lab. She is Senior Research Fellow at Victorian College of the Arts and former Creative Associate of MPavilion. She is curator of Tracey Moffatt for the Australian Pavilion at the 57th International Art Exhibition, Venice Biennale 2017.

In 2014, Natalie was co-curator with Djon Mundine of TarraWarra Biennial: Whisper in My Mask and the 13th International Photo Festival at the Dong Gang Museum of Photography, Korea. She also co-curated (with Djon Mundine) Shadowlife, a major exhibition of Aboriginal photo-media with Asialink that toured to Bangkok, Singapore, Taiwan and Bendigo. In 2016, she curated exhibitions at the National Gallery of Art, Jakarta and 4A Centre for Contemporary Asian Art, Sydney.

She has co-edited multiple publications and has conducted interviews with Ai Wei Wei, Joseph Kosuth, Massimiliano Gioni, Carolyn Christov-Bakargiev, Tacita Dean, Hiroshi Sugimoto, Bill Henson, Jitish Kallat, Hou Hanru and Cai Guo-Qiang amongst others. She is a correspondent of Flash Art and a Member of the International Association of Art Critics, Paris.

Claire Doherty – International Affiliate and Co-Convenor
Claire Doherty is Director of Situations, which she initiated in 2003. She has advised a number of organisations as curatorial consultant including Tate, Site Gallery Sheffield and is author of the public art strategies for the University of Bristol and Bjorvika, Oslo Harbour.

In 2009, she was awarded a Paul Hamlyn Breakthrough Award as an outstanding cultural entrepreneur. Doherty is renowned for pioneering new forms of public art, including Theaster Gates’ Sanctum, 24 days of 24/7 sound in a ruined church in the heart of Bristol, and the year-long series One Day Sculpture in New Zealand.

Claire has also published a number of forward thinking publications on the topic of public art including her latest book Out of Time, Out of Place Public Art (Now). In 2016 Claire was awarded an MBE for her outstanding services to the arts.

Claire Doherty’s involvement in the Biennial Lab is supported by the Australian Government through the Department of Foreign Affairs and Trade.

David Cross – Co-Convenor
David Cross is an artist, curator and writer working across performance, installation and public art. His practice brings together performance art and object-based environments, focusing on relationships between pleasure, the grotesque and phobia.

David has exhibited extensively in New Zealand, Australia, Eastern Europe, Canada and the United Kingdom. As a curator he has developed a number of temporary public art projects including One Day Sculpture with Claire Doherty across New Zealand, 2008–09,Iteration: Again in Tasmania, 2011 and more recently Treatment – 6 Public Artworks at Western Treatment Plant, Werribee, Victoria.

David is currently Head of Art and Performance Deakin University.